You don’t have to live in Florida long to realize the state is full of bugs. In spite of our best efforts they crawl into our homes, buzz around our barbecues, and invade our gardens. While many of Central Florida’s insects can be annoying at best, there are others that are good to have around. Helpful insects are ones that pollinate flowers, fruit trees, and crops, as well as control potentially harmful pests. Here are five common Central Florida bugs that are beneficial to our environment, our gardens, and our homes. 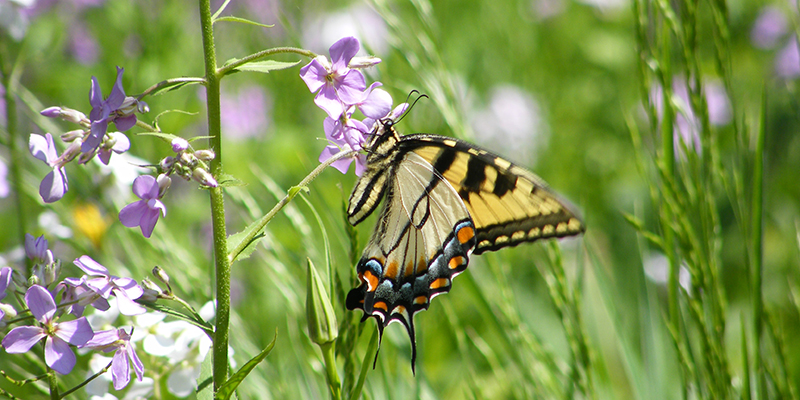 Many butterfly enthusiasts plant butterfly gardens simply for the fact that the insects are vibrant, beautiful, and a pleasure to look at—but they’re also important pollinators. The presence of butterflies is vital to the health and continued growth of local flower and fruit plants. While bees are perhaps better known for their pollinating abilities, butterflies actually have them beat in some areas: butterflies can fly longer distances, spreading pollen more evenly over larger areas. They can also see distinct flower markings more easily, which means they’re better at finding flowers they like—and thus finding pollen in the process. The most common butterflies seen in our area are the cloudless sulfur, giant swallowtail, and the instantly recognizable monarch. If you want to attract more butterflies to your property, focus on red flowers like hibiscus and shrimp plant, as well as milkweed. Photo by Sandra Clark on Unsplash. 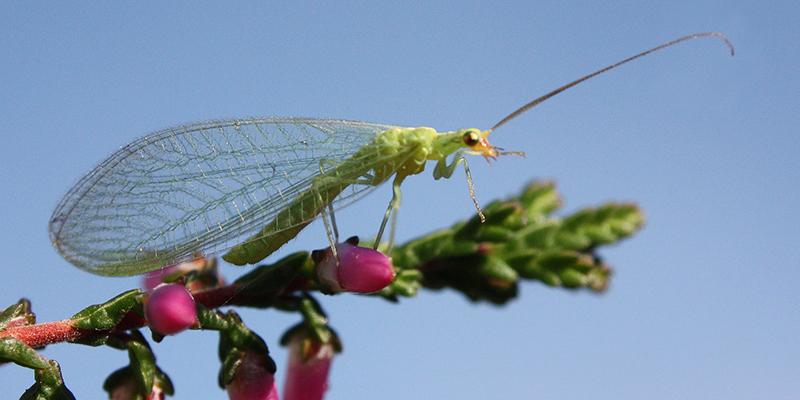 Commonly known as “aphid lions,” lacewings in their larval stage will happily devour a variety of garden and lawn pests to the tune of almost 200 insects a week. They are famous for their appetite for aphids (hence the nickname), but will also consume pesky leaf-eating caterpillars, mites, mealybugs, and whiteflies. Young lacewings will also feast on a variety of insect eggs, stopping many pest infestations before they even start. You can recognize lacewings by their long, thin, green bodies and delicate, transparent wings. When they transform into adults, lacewings lose their taste for other insects and instead become pollinators, hungry for nectar and the occasional bit of of fruit. Photo by Charles J. Sharp / CC BY-SA (https://creativecommons.org/licenses/by-sa/3.0). 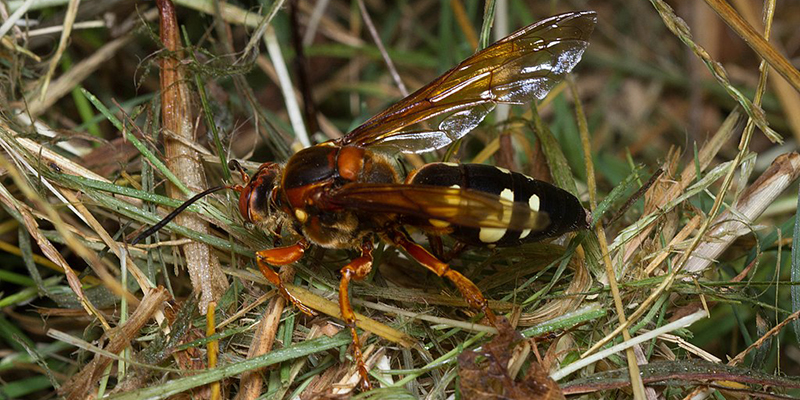 It can be difficult to see how an insect as universally hated as the wasp could be beneficial, but cicada hawks are perhaps the exception among these summertime stingers. Unlike many wasp species, cicada hawks are solitary, meaning they don’t form nests but rather live alone in burrows underground. Sometimes a handful of wasps will bunk together in one burrow, but they still like to keep to their own solitary cells. These wasps are also not nearly as aggressive as other species in our area, and will only sting if very clearly threatened. And as their name suggests, they feed on cicadas which, in addition to being loud and annoying, can also damage local trees, shrubs, and other plant life. You can recognize cicada hawk wasps by their large, black bodies with slender yellow stripes on the abdomen. They generally skim close to the ground looking for cicadas, other insects, and the occasional flower to grab some nectar. Photo by Alejandro Santillana for Insects Unlocked / CC0. 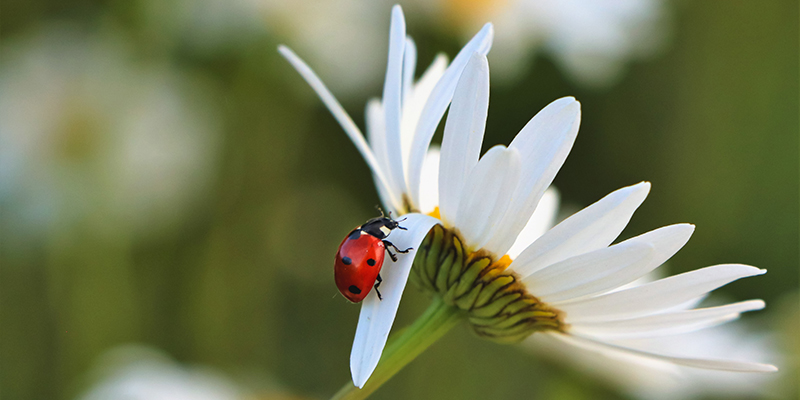 It wouldn’t be a stretch to say that the ladybug, with its bright red body and black spots, is iconic. One of the most recognizable garden bugs, ladybugs are also among the most beneficial. Both adults and larval ladybugs are aphid-eating machines, capable of devouring as many as 5,000 aphids over their lifespans. In addition to aphids, they also eat a variety of soft-bodied insects that qualify as pests. Many cultures also consider the presence of ladybugs a positive omen: in Turkey they are called “good luck bugs” and in Russia and Italy, they are a sign that a wish is about to be granted. Ladybugs are attracted to the flowers of many common herbs, so if you want to lure these helpful little pest-hunters, consider planting some cilantro, dill, fennel, and chives. Photo by Greg Rosenke on Unsplash 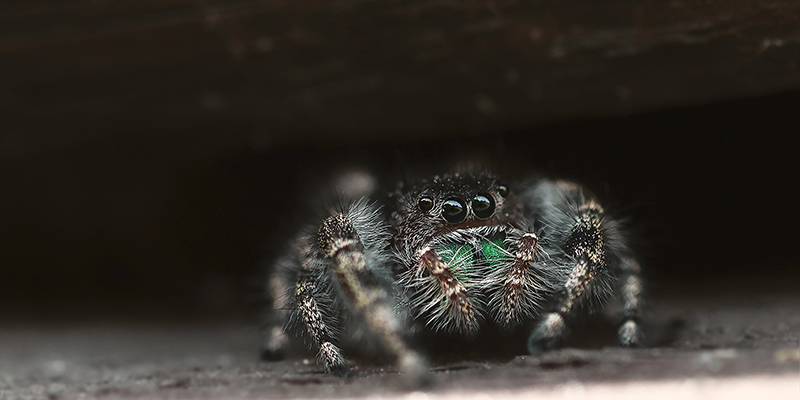 While they aren’t bugs in the traditional or scientific sense, spiders are very important to local ecology and also very beneficial to both homes and gardens. One type of spider you’ll want to keep around instead of squashing on sight is the jumping spider. Florida has two species of jumping spider: the gray wall jumper and the pantropical jumper. Both can be identified by their striking black, white, and gray coloring. They are also notable for their large eyes, which are considered the best among spiders. A jumping spider can see in color, and even focus on distant objects—an amazing feat among invertebrates. Instead of building webs to capture prey, these spiders go on the hunt, using their incredibly precise jumping ability to leap on hapless pests like flies, mosquitoes, beetles, ants, and pretty much any other insect they can pounce on. Don’t worry—they aren’t venomous to humans and aren’t aggressive towards us. So if you see one in your house, don’t go for the shoe or the rolled up magazine! Either leave it be to keep your house bug-free or take it outside to your garden to chow down on some pests. Photo by Dustin Humes on Unsplash.

The best way to make pollinators and pest-fighters feel welcome in your garden is to go easy on chemical pest prevention. Don’t preemptively spray for pests, and if you do use chemical pesticides and herbicides, focus only spot-treating problem areas. This will ensure you don’t also eliminate friendly and helpful insects.

Want to learn more about how to keep your lawn and garden healthy all year long? Contact our Showcase team for tips and resources to keep your property pest-free and looking great!