It’s time for the final leg of this year’s very different and unique Triple Crown, the 145th running of the Preakness Stakes at Pimlico in Baltimore. While there isn’t the possibility of a Triple Crown champion this year, there’s still plenty of excitement to tune in for! Here’s everything you need to know about this year’s run of the final (but traditional second!) race of the Triple Crown. 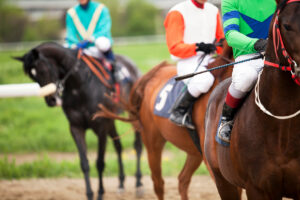 First, a little history. While the Preakness is the final race of the Triple Crown this year due to COVID safety concerns, it is traditionally the second, held between the Kentucky Derby and the Belmont on the third Saturday in May. It is a significant race, as it determines whether one horse will have a shot at Triple Crown Champion glory in the Belmont. The Preakness is actually older than the Kentucky Derby by two years, having been run for the first time in 1873, and is consistently one of the most-attended races in North America, usually second only to the Kentucky Derby itself. The race gets its name from a colt named Preakness who won the Dinner Party Stakes on Pimlico’s opening day in 1870. While the Kentucky Derby has the nickname of “The Run For the Roses,” the Preakness has the perhaps slightly less elegant moniker of “Run For the Black-Eyed Susans,” reflecting the fact that a blanket of Maryland’s state flower is laid across the shoulders of the winning horse. However, these flowers aren’t true black-eyed susans, but easier-to-find yellow flowers given a little dash of black lacquer to make them look like the real thing. Don’t tell anyone!

As previously-mentioned, the Preakness has been moved in this topsy-turvy Triple Crown Series from second to last. It will still be run at Pimlico Race Course, but without spectators (although off-track betting and gambling facilities will still be open and subject to social distancing protocols). Only essential personnel are permitted inside the grounds to keep the risk of coronavirus spread low. You can still watch the final leg of the Triple Crown on TV as usual, at 5:45 PM EST

Who are the horses to watch?

There won’t be a Triple Crown Champion this year, thanks to Authentic’s upset over favorite and Champion hopeful Tiz The Law in the Kentucky Derby. Being the winner of the Derby, Authentic is also favored to win the Preakness. Second to him in the odds is Art Collector, a Kentucky-bred colt who was pulled from the Kentucky Derby this year less than a week before the race with a minor injury, but according to trainer Thomas Drury is back to running at 100% and hopes to win on October 3rd. Bu this being 2020, 30-1 longshot liveyourbeastlife might just shock everyone and take the Preakness this year. Who knows!

Does the Preakness have a drink just like the Derby?

Yes it does! Named after the Maryland state flower, the black-eyed susan is an easy-drinking, fruity-concoction that tastes just as good in early October as it does in the middle of May. Recipes vary, but here are the basics: 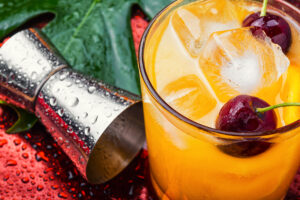 -Garnish with orange slice and cherry

Whip yourself and your quarantine pod up a batch and enjoy this final race of the Triple Crown series!

Got any more questions about the Preakness? Horse racing in general? Our Showcase horse farm realtors are your thoroughbred experts. Contact us and we’ll be happy to answer your queries!

Training your own future derby winner? Read our Guide To Buying a Horse Farm For Your Future Racehorse.