It’s not very often that you walk into a showroom and find an entire, whole house tucked into the office, complete with a backyard barbecue area. But that’s what the Showcase team saw when we all walked in and we immediately knew this was going to be one of the most fun outings of the year. Like the company itself, Red Door Homes of North Central Florida’s Gainesville office defies and surpasses expectations. 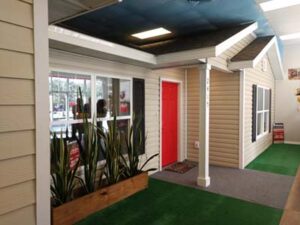 Immediately as you come through the door, there’s a fully-decked out kitchen to your left, a swathe of samples and floor plans adorning the walls – and a full-size, honest-to-Betsy house in front of you sporting the company’s namesake. A house. We’re not talking just a facade; open the door and go in, and you’re standing in a fully-fledged, completely furnished, decked-out home complete with Brady Bunch astroturf and patio in the backyard. The details are amazing; everything is meticulously designed, from the floor tiles to the countertops to the wall sconces, and if you didn’t know better, you’d think you were standing in the perfect little country retreat and could simply settle in for a weekend.

“Tug looked at the market and saw there was a need for a builder to provide affordable, high-quality new construction. Everybody deserves to own a home.” 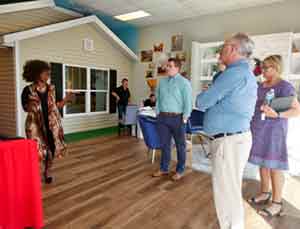 “I was pretty stunned at it when I first saw it, too,” says Sondra Thirston, Sales Director for Red Door Homes. It’s one of only two locations that has the full-scale model right in the showroom. “It’s definitely a showstopper.”

We were treated to lunch and a tour, courtesy of Thirston, who shepherded us through the showroom and the model house, explaining the design and building team’s work with the customers.

“Tug looked at the market and saw there was a need for a builder to provide affordable, high-quality new construction,” she says. “Everybody deserves to own a home.”

‘Tug’ is Jason Huddleston, a builder who was raised in the small hamlet of Micanopy in North Central Florida. His family has lived there for three generations, so he grew up with a love of the community and a fierce commitment to helping it thrive.

“I’m an electrician by training; then I became a contractor,” he explains. “My background is high-end custom homes. I discovered a lot of money was being wasted in that industry because of over-engineered designs.” 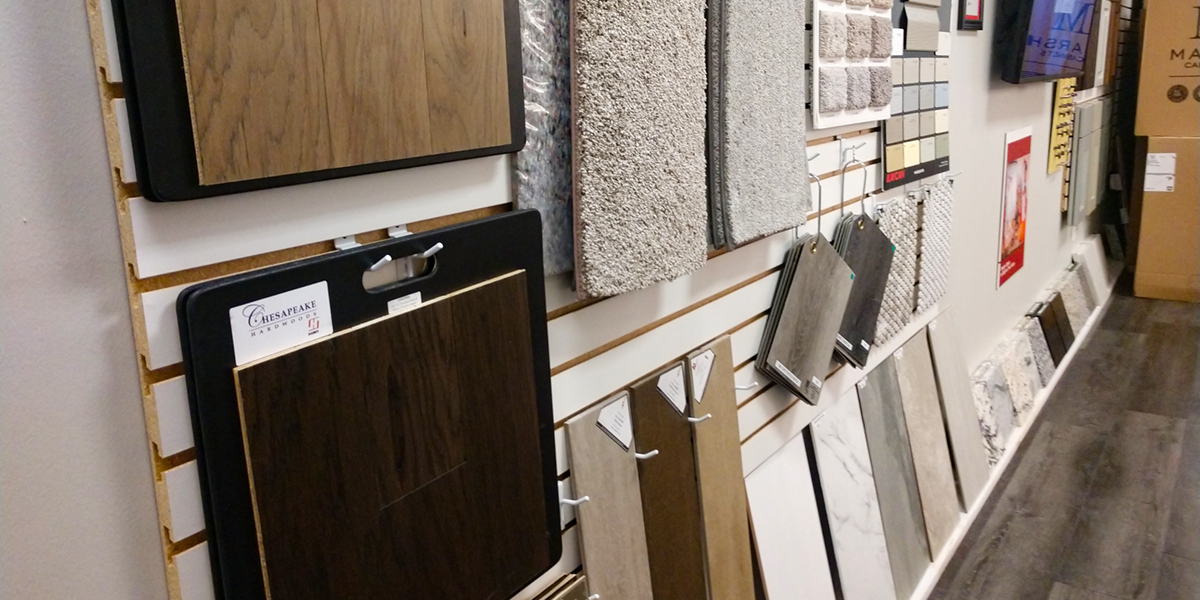 Red Door Homes is, simply put, economic engineering that makes a home affordable, using the same vendors and suppliers that are used for homes that cost two or three million – or more. With most custom home builds, an architect is often involved in every aspect of the design from the CADD drawings all the way to the final punch list.

“It’s like a cheese pizza,” Huddleston describes with the same whimsical humor you find in his YouTube videos. “You can add more toppings and make it a supreme if you want one, but you have options. Normally, in a traditional build with an architect, it starts with the supreme. Working with our team, you can take some of the extra toppings, none of them, or all of them, depending on what you really want.”

“It’s like a cheese pizza. You can add more toppings and make it a supreme if you want one, but you have options. Normally, in a traditional build with an architect, it starts with the supreme. Working with our team, you can take some of the extra toppings, none of them, or all of them, depending on what you really want.” 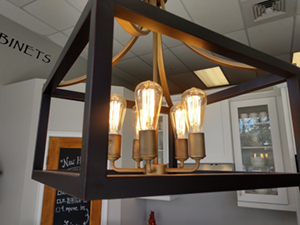 While customers are shown options for designs – from floor coverings to light fixtures and colors – they’re not overwhelmed by sheer volume to the point of shock or surrender. They say the devil is in the details, and for some homeowners, the list of decisions never seems to stop growing, until they defer to the builder or architect to ‘just take care of it’ out of utter confusion and stress. That can lead to some unexpected problems and expenses in the end that the owner didn’t plan on dealing with and ends up paying more for than they wanted. Sometimes a lot more. With RDH, customers can choose plans from fourteen home designs, pick their specific ‘toppings’, and are given a price up front. Not only does that keep supply costs down – it gives the homeowner peace of mind right from the beginning.
“Unless some catastrophic disaster happens, that’s the price they’re going to pay,” Thirston states. “There are no surprises, and they know exactly what’s going into that home before a single foundation trench is dug. Plus they get a 10-year warranty for the house when it’s finished.”

It’s the meticulous attention to customer needs that defines Huddleston and the RDH team, who make it a point of being actively involved from soup to nuts so that the homeowner never feels adrift or alone, but also feels a real sense of empowerment and control over the process. Huddleston sets the tone by not styling himself as a micromanager. He knows how to do pretty much all the jobs, but he’s happy to let the people he hired to do them. 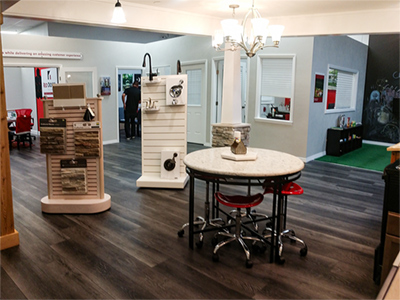 “I trust, but verify,” he says. “I vet the people we hire, and once they’re on the team, I make sure they’re on point with what needs to be done and then let them go do it. I have tons of confidence in them, and there’s a real freedom in that. I don’t have to be looking over their shoulders, because they know their stuff.”

Thirston agrees. “We work hard, but we have fun doing it. Everyone from entry-level apprentice to the manager, up and down the ladder, has an opinion that matters. Everyone contributes.“

She observes that it’s an all-too-rare circumstance in corporate and office culture, having herself been in the fashion industry and knowing how some industries often pit employees against each other in corporate politics. After years of traveling and being away from home a lot, finding a position at a company she felt she could really root for and feel good about representing is more than punching a clock; it’s a fun way to spend a day.

“It’s the best job I’ve ever had,” she says. “It’s just a good time being here; sometimes it’s almost funny to think I get paid for this. I feel like I’m doing something good that does good things for other people. I’m part of a team, and we’re all getting to the same place together.”

Showcase Properties is excited to be working with this creative and enthusiastic team. From their amazing Gainesville showroom (which we can’t recommend enough seeing with your own eyes) to the meticulous attention to detail Tug, Sonya, and the design team give to each new customer, this is a group of people who – in addition to just being a lot of fun – provide a service that benefits their community, and offer the best options possible for their customers’ needs. It’s a commitment we share with them and look forward to developing together.