Buying a home is one of the most momentous investments in life. In addition to choosing the place where you will live and raise your family, you are very likely investing a hefty portion of your finances as well. The buying process can be overwhelming and chaotic but if you are prepared with the following information you will feel more at ease and prepared with making intelligent and informed decisions. Don’t forget, if you have any questions about buying a home please feel free to contact us!

Inspections are designed to inform you about the overall condition of a property. This can save you a substantial amount of time with the buying process and thousands of dollars in repairs. Inspections which may be recommended or required by your real estate professional are:

The  areas typically included in a Standard Home Inspection are the grounds, roofs, exterior surfaces, garage/carport, structure, attic, crawl space, electrical, heating and air conditioning systems, plumbing, fireplace/wood burning devices and appliance condition. Remember— your inspection rights are clearly stated in the Contract For Sale and may vary from jurisdiction to jurisdiction. In some cases homes may be sold “as-is” even if an inspection has taken place.

During a Radon Inspection the radon levels are detected and measured. The Environmental Protection Agency (EPA) recommends that you know what the indoor radon level is in any home you consider buying. They estimate 15,000-22,000 deaths per year result from radon exposure, and recommend that all homes be tested. The EPA recommends that homes containing 4.0 or more Pico Curies per liter (4 pCi/L) be remedied.

Exposure to asbestos poses enormous health and safety hazards to the inhabitants of a home. During an Asbestos Inspection the inspector inspects a home or building, assesses conditions, takes samples of suspected materials for lab testing, and advises about what corrections are needed to ensure that the home is safe. Friable asbestos is the term used for any asbestos containing material that can be easily crushed with the human hand. Any material that is friable and containing more than 1% asbestos will be considered a Regulated Asbestos-Containing Material. Many of the uses for friable asbestos were banned under EPA regulation in 1978. However, products that already contained the substance were allowed to remain on the market and may be found still in use today. If friable or non-friable conditions exist, buyers should seek professional assistance.

During the course of this inspection the condition of the siding and any areas of high moisture are evaluated.In most cases, composition board siding is a product created from paper-thin wafers of wood pressed and bound with resin to replicate traditional wood siding at a fraction of the cost. In a recent class action suit against the major manufacturers of this product, homeowners claimed the siding is susceptible to water penetration, causing premature deterioration and decay. According to the Environmental Protection Agency, some of the most commonly known makers of composition board siding include Louisiana Pacific (LP), Georgia Pacific (GP), Masonite, and Weyerhaeuser.

Painted surfaces within a home may be evaluated to check for the presence of lead paint. Homes that were built before 1978 may have lead-based paint on exterior and interior walls. Lead exposure may be harmful to people of all ages, but especially to young children and babies causing brain damage, nervous system damage, behavior problems, learning disabilities, slowed growth, hearing loss, and headaches. .

SeptiChek ™ is performed by an on-site waste management professional. The evaluation involves accessing the cover of the septic tank to check the fluid level inside. Next, the tank is pumped to evaluate the condition of the tank and baffles. The leaching field, an underground array of perforated pipes adjacent to the septic tank, is probed to check the level of subsurface liquid waste (effluent). The purpose of this test is to inform buyers of any potential costly septic system repairs or failures. The SeptiChek ™ evaluation provides more reliable information of possible problems than a septic dye test.

The Pool/Hot Tub Inspection determines the functionality and condition of a pool’s and/or hot tub’s equipment. The pool deck is also included in the inspection and will be assessed for defects or deterioration.

This inspection is intended for determining if a private well adequately supplies water to the home. Samples are collected and sent to a laboratory to test whether or not the water is potable (safe to drink).

There are two varieties of stucco siding commonly used in homes: a cement-based stucco which is THE traditional stucco and a synthetic stucco which is really a foam-based insulation with a plaster applied to the top. Synthetic stucco siding is frequently referred to as Exterior Insulated Finish System (EIFS). This type of siding is a barrier system where if water gets behind it the water can become trapped and cause significant damage to the wood structure below.

• When considering a home with stucco exterior, we recommend an inspection be conducted to determine the type and the condition of the siding.

• EIFS are mainly found in the Southeast but it is present in homes in other areas of the country as well.

• Hidden structural damage has been documented in synthetic stucco homes in 34 states.

• Moisture readings are taken to determine if the surface has already experienced water intrusion.

A soil test or a vacuum test are the most common methods for evaluating an underground storage tank ( UST) typically used to store oil for heating homes. The soil test involves random core samples collected from around the perimeter of the tank and submitted for laboratory analysis. This determines if any contaminate has penetrated the soil in that area and to what extent. For the vacuum test, a technician seals off and places the tank under a vacuum and periodically takes readings to determine if the tank is losing its vacuum. The vacuum test yields immediate results for the buyers.

• Since USTs are mainly composed of metal they deteriorate and corrode over time, causing hazardous materials to contaminate soil and potentially aquifers that provide drinking water to surrounding communities.

• Most of the UST problems occur in the northeastern states due to the older properties located there.

• Getting the proper inspections for a home prior to purchase is one of the best ways to make a smart purchase decision and safeguard your investment.

The list above is meant to provide general information on some of the most common varieties of home inspections. Acquiring the proper inspections for a home before purchase is one of the best ways to avoid buying a home needing costly repairs and ultimately protecting your investment.

When you begin to shop for a home loan, your first thought will probably be “where can I get the best interest rate?”. Interest rates are typically expressed as an annual percentage of the amount of the loan. If you borrowed $240,000 at 10% interest, you would owe an interest of $24,000 for the first year. Most mortgage plans would have you pay it at the rate of $2,000 a month. The rest of the payment consists of an amount to go towards the loan’s principal debt owed and the next month you would owe a bit less in interest.

In the days when your grandparents purchased their home (they likely put at least half the purchase price as down payment), their interest rate was likely around 4-5%. Rates continued at the same level for years at a time. After World War II, things became more tumultuous. As economic adjustments accelerated, rates began to change several times a year. By the 1980’s, lenders were setting new rates on loans as frequently as once a week, a practice that continues to this day. When inflation rose to a high in the 80’s, some mortgages had interest rates as much as 17%, and if you needed to buy, you had to pay that much.

Through the 1990’s and into 2000 rates had gradually dropped, reaching their lowest rates in decades. Carrying on into the millennium, home buyers seem to be having the most beneficial circumstances for mortgage loans since the days of their grandparents— without having to put 50% down! 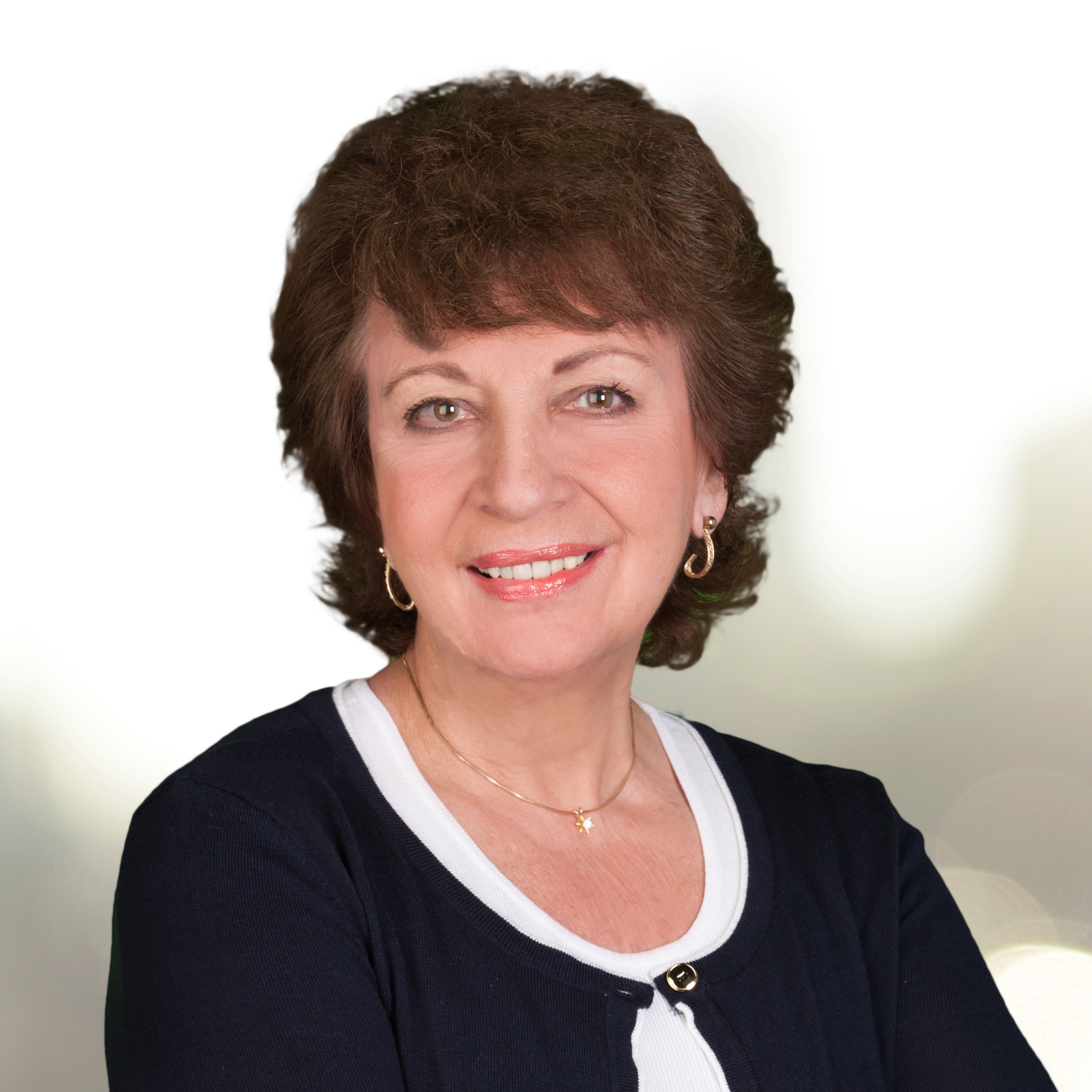 Contact Linda
With a diverse background in everything from event planning, emergency medicine, financial and legal fields, and ultimately, real estate, Linda Adamson is focused on using her experience to help both buyers and sellers realize their vision. Linda has been a licensed real estate agent for 19 years and has lived in Ocala with her husband John since 1997; she knows Marion County well.

Her business background includes extensive experience with active adult communities and their various deed restrictions, an understanding of the probate process, and experience in the legal field. Her wealth of knowledge makes Linda an asset to her customers.